Quentin Stark who is the Plant Doctor at the Plant Fair Roadshows events has written this article about one of his favourite plants.

One of my Favourite Plants

There are over twenty species of Cyclamen, growing across Southern Europe, West Asia and Northern Africa.

I was introduced to the tender florist Cyclamen persicum as a young boy by my mother. It wasn’t until I was working at Savill Gardens I met the charming hardy species in the woodland garden. I was lucky to move to my current job which was five minutes from the former specialist Cyclamen nursery Tile Barn. The nearest thing to Cyclamen heaven.

It is some of these hardy species that I want to mention next.

Cyclamen repandum one of the lesser known species and is defiantly a woodland plant, as its foliage is less leathery than its cousins Cyclamen hederifolium and C. coum. Its leaves have a well-defined hastate pattern outlined in silver. The foliage comes up in spring with the arrival of warmer days to come, followed soon by the long elegant slightly twisting magenta petals.

This Cyclamen is more of a challenge to grow well out in the garden, as it prefers a continental climate. It is worth trying by planting deeply in a humus shady spot, as this species flowers from June to October with pale pink to carmine and rarely white flowers with the most delightful sweet scent like violets, the best scent of any Cyclamen. It is in leaf almost all year around with heart to kidney shaped leaves that vary in colour from glossy green to entirely pewter coloured, usually has a hastate pattern highlighted in cream, silver or pewter

To me the end of hazy days of summer and the coming mellow fruitfulness of Autumn is signified with the appearance with the first blooms of the most accommodating and long-lived Cyclamen species.

Cyclamen hederifolium is one of the most common species grown, with its butterfly-like blooms that come in shades of rose-pink or white before the leaves, make their appearance. The foliage gives an added bonus to the beauty and another reason to grow these small hardy plants. These leathery leaves with hastate mark in the centre of the leaf, and marbled with shades of green, pewter and silver give rise to almost limitless patterns.

These pictures show the bank opposite my back door, on which Cyclamen hederifolium has appeared over the last 18 years and I’ve not planted one of them, so how did they come to be there?

The seeds of Cyclamen have a sweet coating on them and this is desirable to mice and ants. They collected the seeds from plants in other parts of my garden removed the sweet coating and left the seeds in their runs which seems to be a great place for germination.

Cyclamen coum arrives in winter it’s kidney shaped leaves fully expanded. These leaves like the autumn flowering hederifolium have a central hastate marking and can be as variable as Cyclamen hederifolium. The flowers are dumpy compared to other species of Cyclamen, I think this gives them a charm of their own. This delightful species starts to flower in December and continues well into February, with a range of colour from pure white through hints and shades of pink to carmine. This is my favourite species as it gives the most welcome colour in the depth of winter.

To find out more about these wonderful charming plants, the book by Christopher Grey-Wilson, Cyclamen A guide for gardeners, horticulturists and botanists. It has everything you need to know about growing Cyclamen.

The Cyclamen society is great to group to join to further your knowledge and increase your plants through their seed scheme.

One of our long term members Jennie Maillard the owner, propagator and grower of Usual and Unusual Plants has written this article on the genus Echinacea.

Not many of you will have failed to have noticed that Echinacea are now available in an increasing range of colours.  If, like me you were interested in this phenomenon you might find  the following few lines of interest.  It is by no means comprehensive but by way of a short explanation.

First a bit of background information.  Echinacea are compositae -daisies really.   The echinos part is Greek for hedgehog this refers to the pointed scales at the back of the flowers, but lots of us know them as coneflowers. The cone is actually a mass of tiny flowers where the nectar is, the big showy petals, florets, are sterile flowers which attract the pollinators.

They originate from the prairies of America and are strong-growing, drought tolerant perennials, good for sunny spots and suitable for all but the very worst of unworked clay soils which stay sodden in winter.  There are actually several different wild versions, not often found in ordinary garden centres, E. angustifolia (narrow leaved), atrorubens, (red)  laevigata (smooth leaved), pallida (pale), purpurea (purple), simulata (wavy leaved), tennesseensis (Tennessee) and no I have not forgotten, .......paradoxa ...this is the interesting one, it’s yellow.  If you have never seen E. paradoxa in flower you would be forgiven for thinking that it was a Rudbeckia (actually they are closely related, cousins really).

Sometime before 2004 Chicago Botanic Gardens, who have a plant breeding programme designed to produce plants to thrive in the Midwest, decided to cross E. paradoxa with E. purpurea and came up with ‘Art’s Pride’.  Hailed as a breakthrough in ornamental plant breeding, we have our first ‘new colour echinacea’ a warm orange.  I do find it interesting to ponder why the bees never managed to produce a different colour.

Of course the success of Art  has resulted in lots of growers having a go at hybridizing,  amongst the most successful have been the Saul brothers, again in the US, these are usually  named after what must be quite a large family but most have another name as well, and are all known as the ‘Big Sky’ and ‘The Crazy’ series.    I have to warn you that the naming of many of these new crosses can be very confusing, they often have two and sometimes, help,  three names, Art’s Pride itself can be found being sold as Orange Meadowbrite ( again, Meadowbrite is a series and a trademark name)

Not to be outdone those horticultural colossus the Dutch are now trying their hand at a bit of  hybridising and Marco van Noort subjects his plants to three winters before releasing them onto the market.  Most of these later crosses are now attempts at smaller and more floriferous varieties with  more fragrance.  You can now find every colour (except blue) in doubles, larger cones with small petals or even,  horror or horrors we have a double-decker, with one flower sitting on top of another, it’s not pretty.  The latest hybrids have more vigour than the earlier ones but still the winter damp that many British gardens suffer from can be a problem, encouraging pathogens which rot the roots.  Keep them well drained with plenty of grit in moist soils and you should have less problems.  Remember a plant that lives in the Prairies goes into a deep freeze in winter and becomes dormant.

A quick glance at the RHS Plant Finder now lists over 300 Echinacea - my personal recommendation is the Dutch ones, because they have been grown in conditions quite similar to the UK.  My favourite last year was Sensation Pink, 18" with large 3" intense pink flowers with well branched study stems and lots of flowers.  I should have some for sale in 2019.

The Blog below was written by our Chairman and events coordinator Colin Moat for the Gardening for disabled blog orginally.

Now with 10 events and brilliant venues lined up for our eighth year, it’s amazing to think back to our start in 2011. The catalyst was formed in 2010 with a few nursery owners having time to stand around chatting due to attending another poorly attended plant fair. They decided that instead of moaning they would do something about it, and organise their own. They identified that the problem, wasn’t the quality of the product, after all some of the leading independent nurseries in the South East had been there, but the marketing had been poor.

Initially, it started with just a couple of venues, Hall Place in Bexley, Kent and the Telegraph Hill Centre in New Cross, South London, only for a few hours, but the response from plant hungry gardeners to the exciting range of interesting, unusual and sometimes rare plants was overwhelming. This convinced them, that they were doing the right thing. They recruited a Plant Doctor (Quentin Stark Head Gardener at Hole Park) to attend their events to help visitors, by diagnosing or advising on plants, or, garden problems (or, as a personal plant shopper!). Over the years, mainly in response to enquiries from well respected garden owners, or, venues, who liked the idea of a readymade event; Plant Fairs Roadshow has become more established.

The fact it’s not run by an ‘Event Organiser’ company appeals, as it comes with its own energy, identity and passion of the nursery owners. They are keen for their precious plants to do well in the purchasers garden, and are happy to give advice to ensure it thrives, rather than treat it as just a commodity.

Over the intervening years they have formed a collective (an ‘Association’) of like-minded, independent specialist nurseries, of sufficient quality and variety. They now hold events across the South East of England, from Arundel Castle (29th April 2018) on the coast of West Sussex, Chawton House in Hampshire, Telegraph Hill Centre in South East London and in 2019, Canterbury Cathedral in Kent, plus many others.

Colin Moat, Chair and events coordinator comments ‘that 2018 seemed to be a breakthrough year with an exciting range of venues, but we wouldn’t be where we are now, without the outstanding range and quality of the plants offered by our participating growers. In addition to finding lots of great independent nurseries (a number being RHS exhibitors) all in one place, their plants are normally offered at about two thirds of the price of Garden Centres. So for visitors and nurseries alike it’s a ‘win, win’ situation that’s why I think it’s so successful. Plus, if they want advice for the right plant for the right place, they can ask our Plant Doctor.’

A list of Plant Fairs Roadshow events for 2019 can be found on our website, along with details of some of our brilliant nurseries. 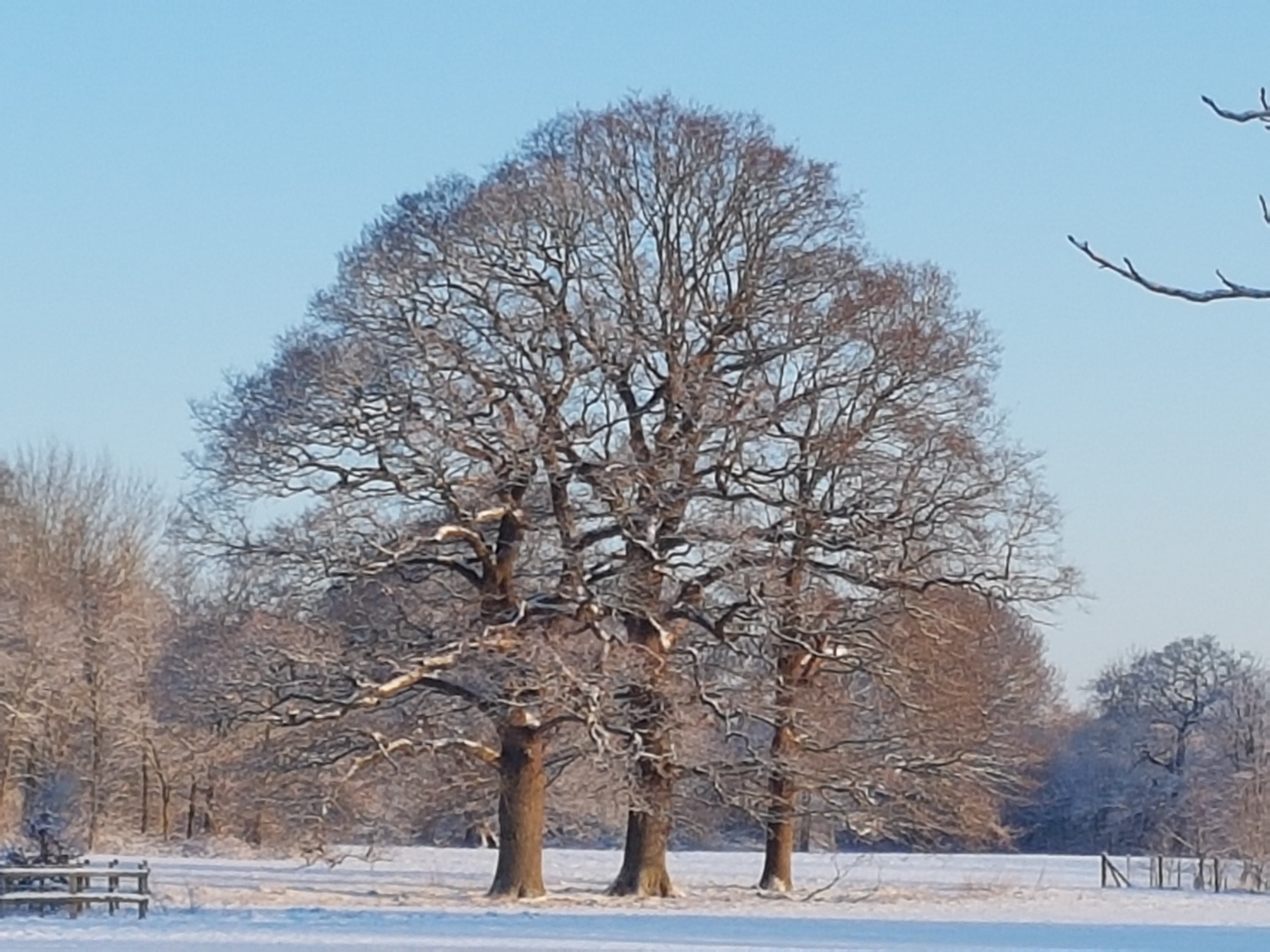 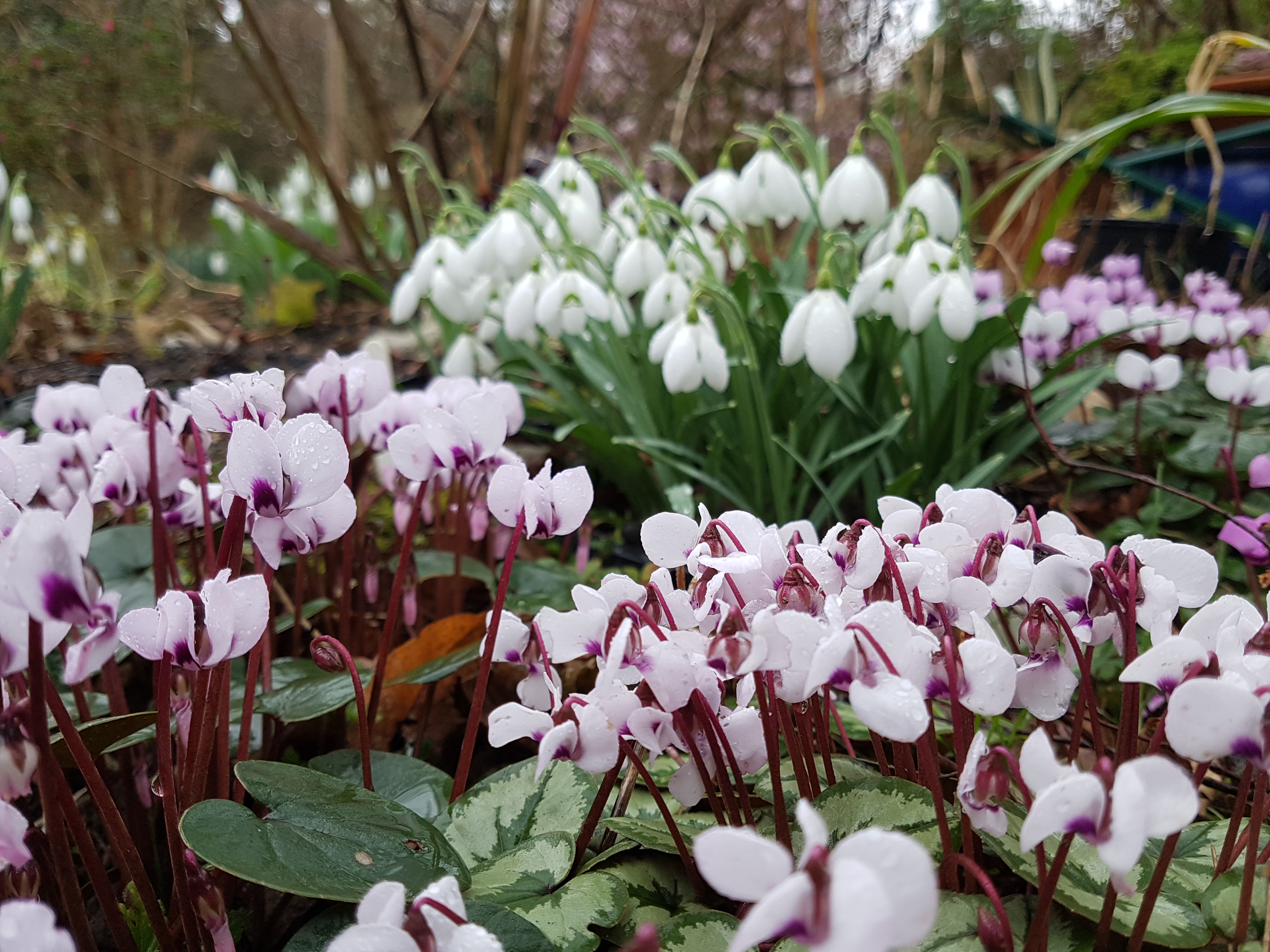 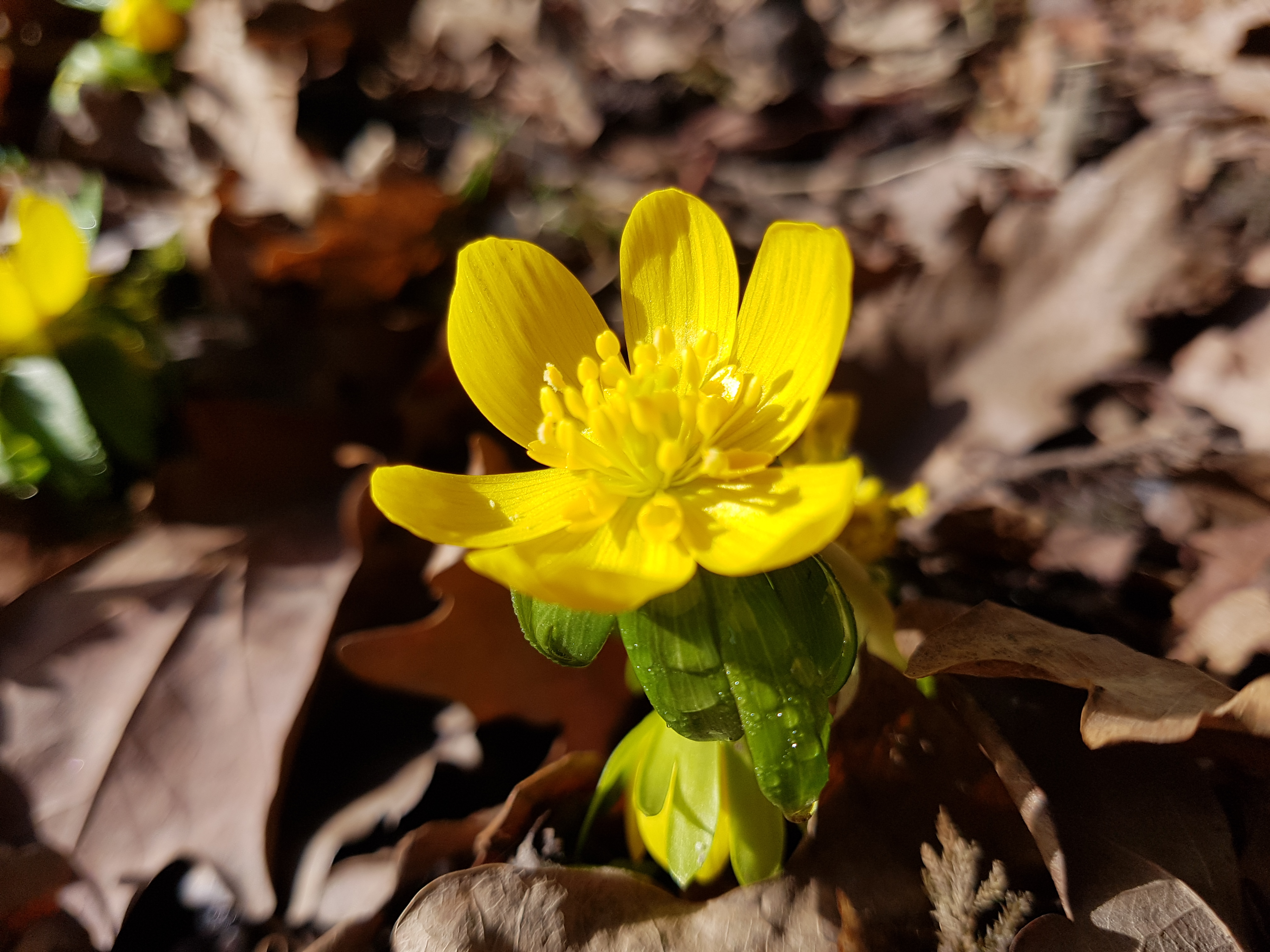 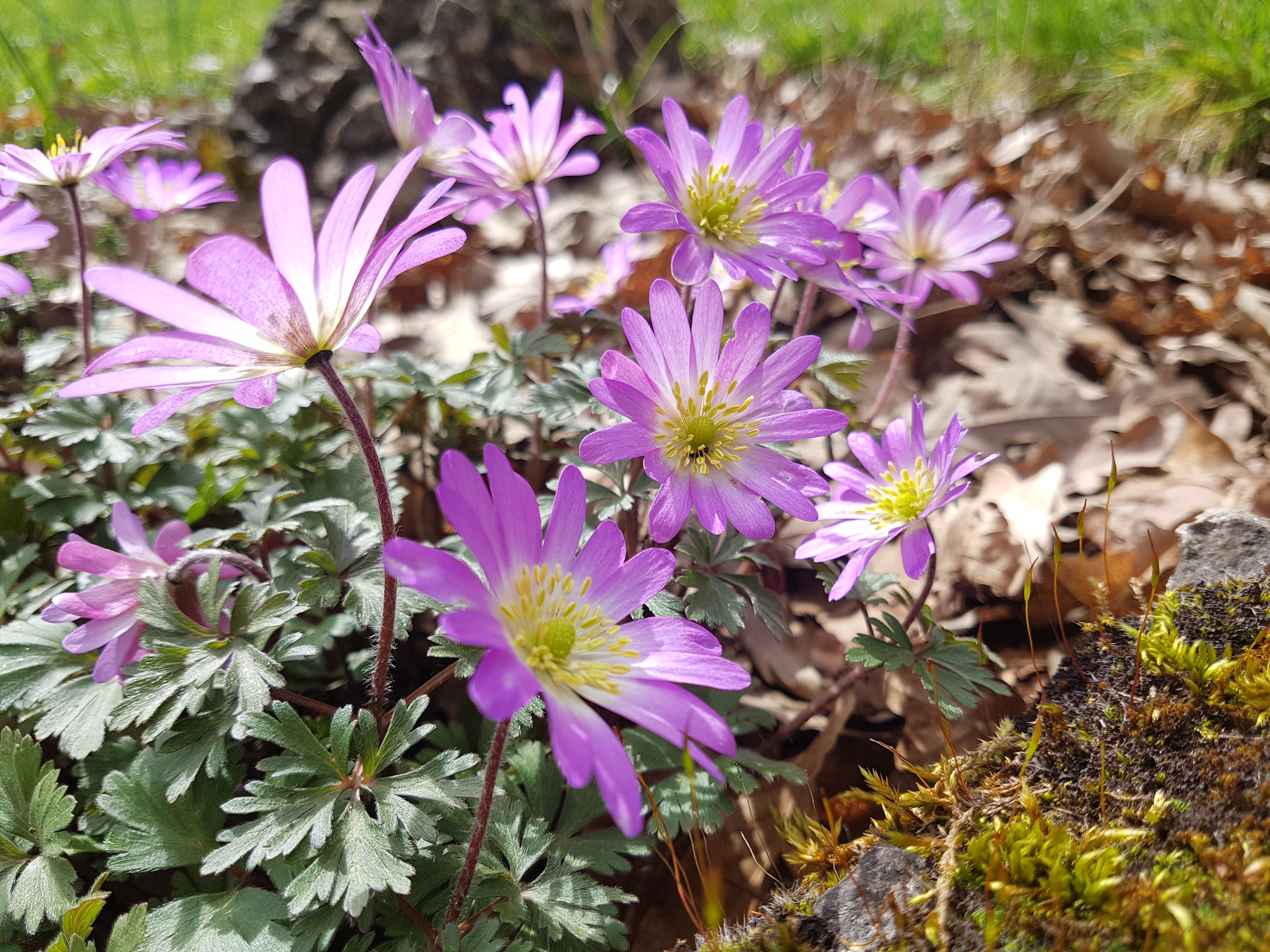 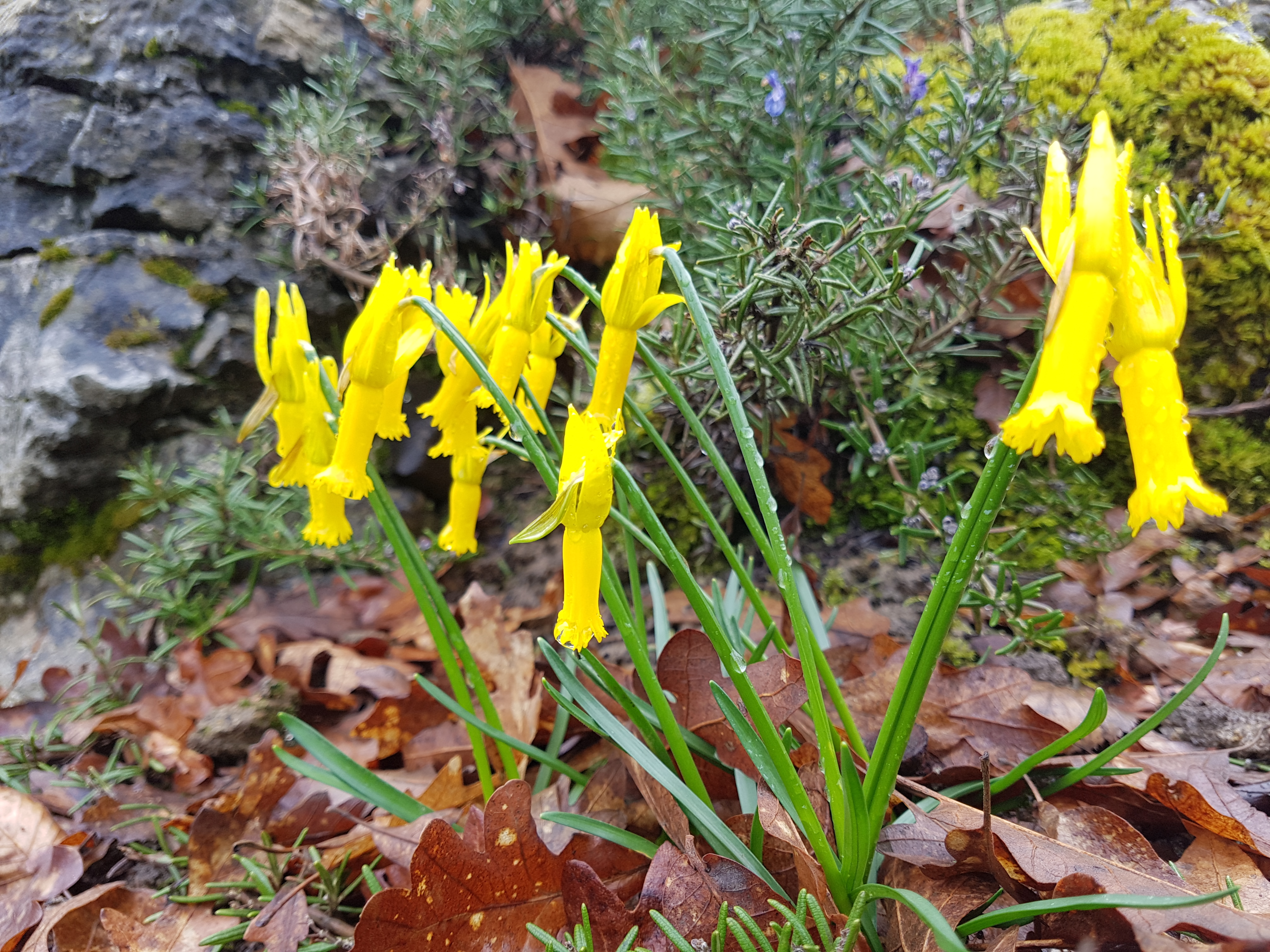 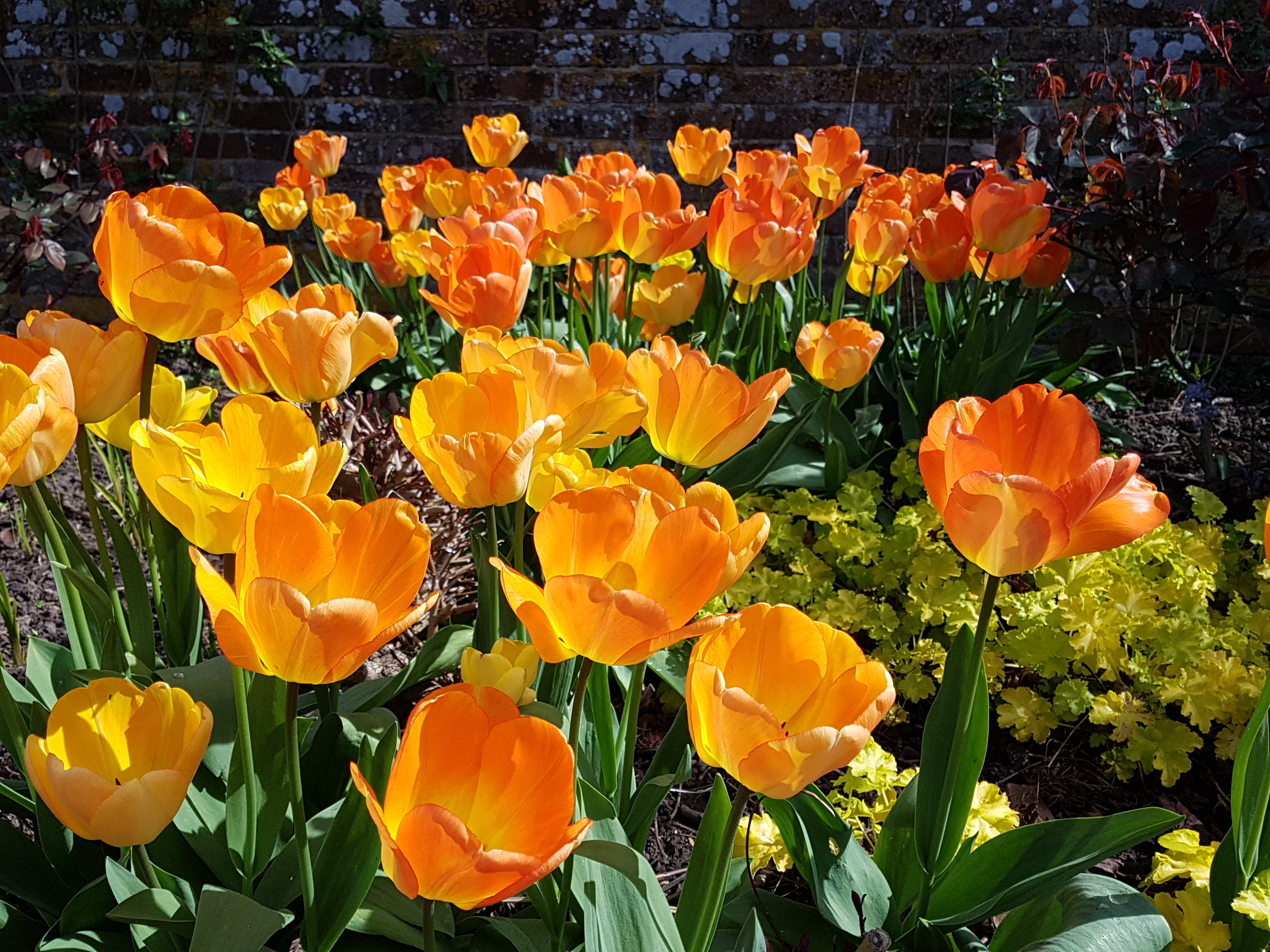 It is with saddness our first plant fair of 2021 at Hole Park on the 7th of Feburary, has been cancelled due to the Covid 19 lockdown restrictions.

So with that news in mind we'll focus on the next fair at Borde Hill Garden on the 18th of April. this spring fair is a new season for us to visit this fabulous garden at.

Last year was a challenging year but so pleased that we were able to run three fairs sucessfully with timed entry and a change to nursery layout in each garden. These changes will remain in place for future fairs.

The nurseries who come to the plant fairs, many have made adjustments to their businesses like mail order and are still doing so but please contact the nursery to make sure.